My dining room chairs has got a bit wonky. (Borrowed from my grandmother, who stored them somewhere and had not used them in a while. As evidenced by the fourth chair with paint splatters.)

So, this summer, I made renovating them a project. I used sandpaper to remove the old paint as much as possible. Then I painted a layer of paint – it was called Eggplant.

After a couple of days, the eggplant colour did not catch my eyes. It was dull. And boring. And only had a purple tint when the sun was shining directly on it. (Which in Norway would probably only be in the summer…)

So I went to another paint store and picked up a bucket of Electric Purple.

The end result still make me happy almost six months later, so I call this a success.

(Pictures behind the tag) 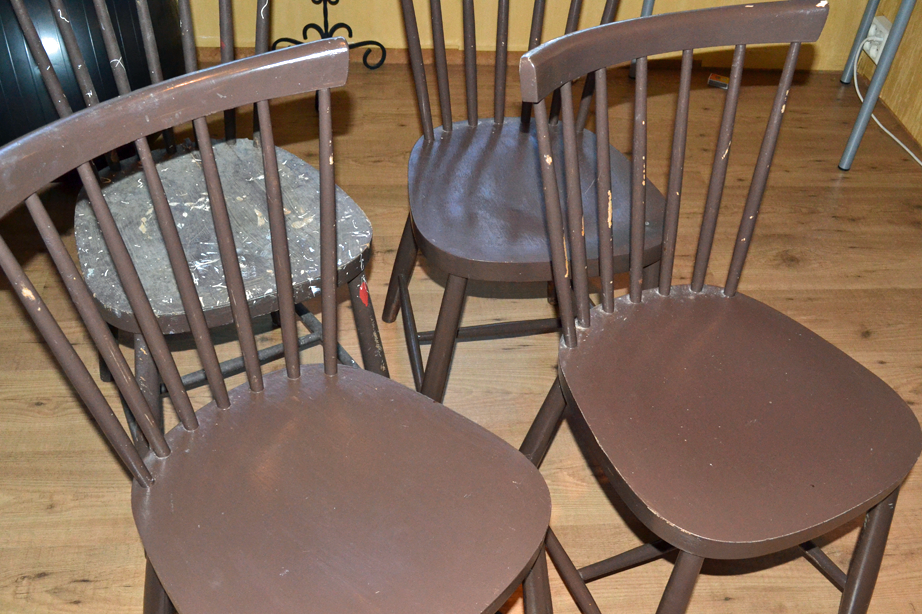 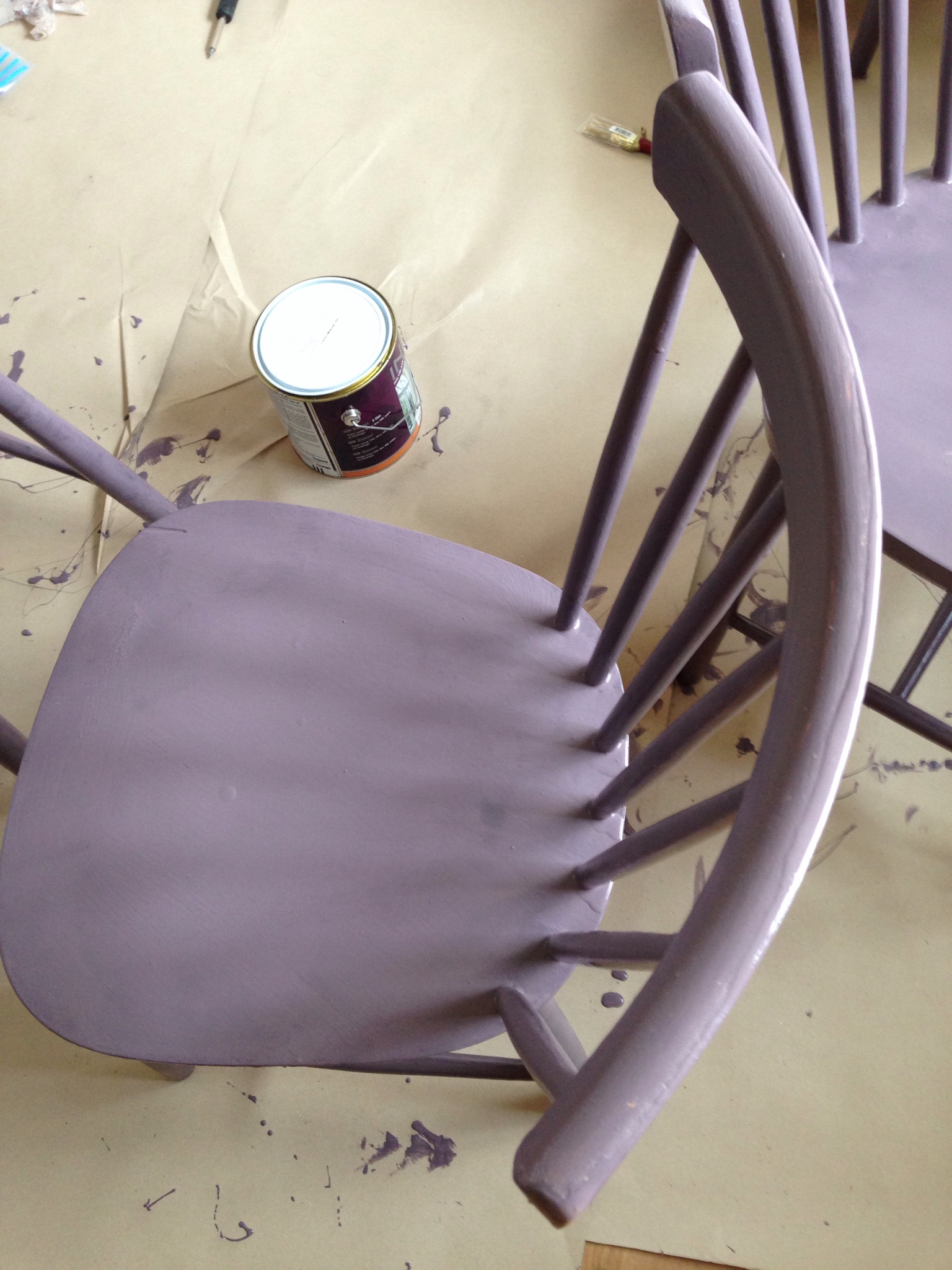 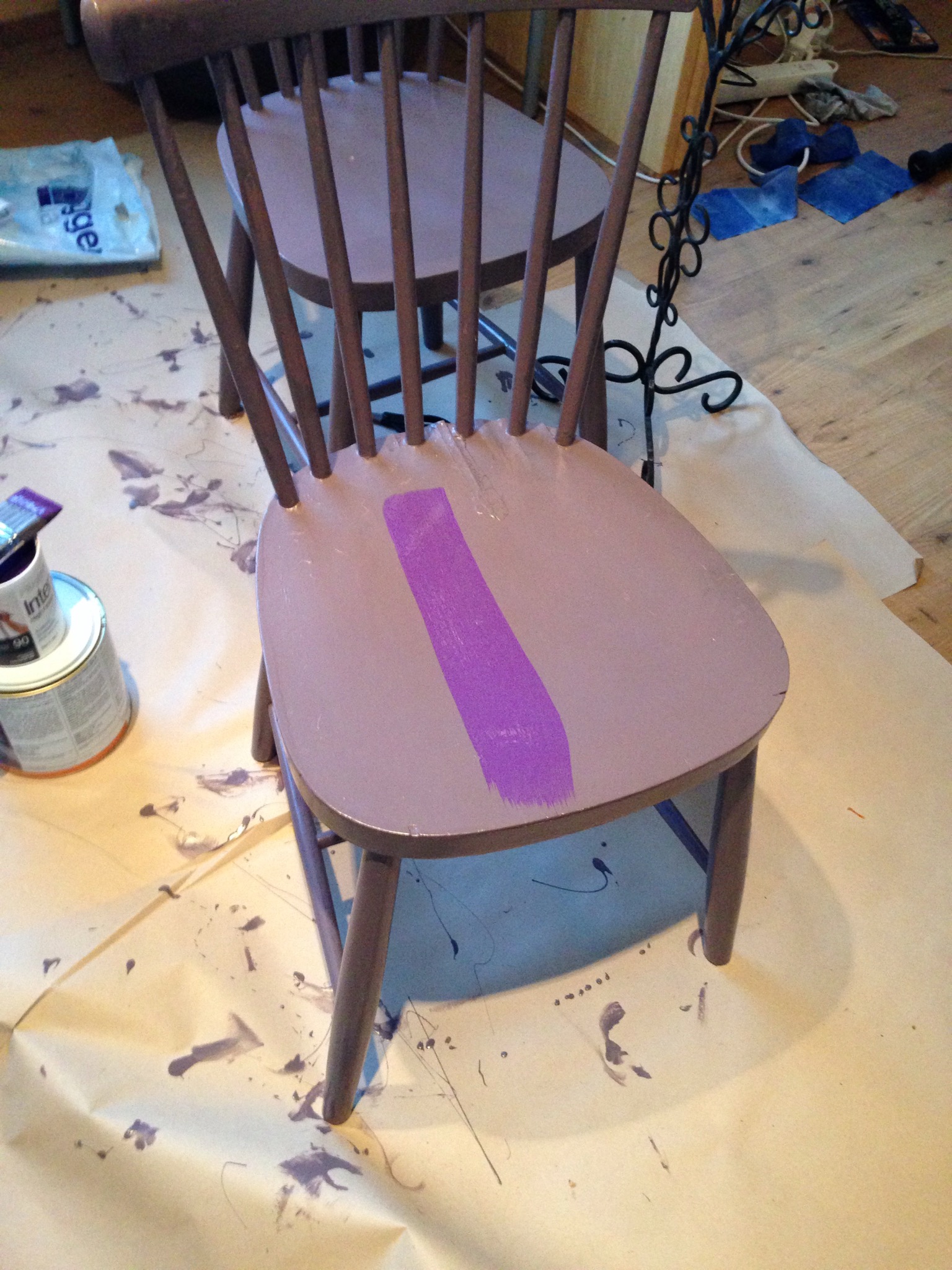 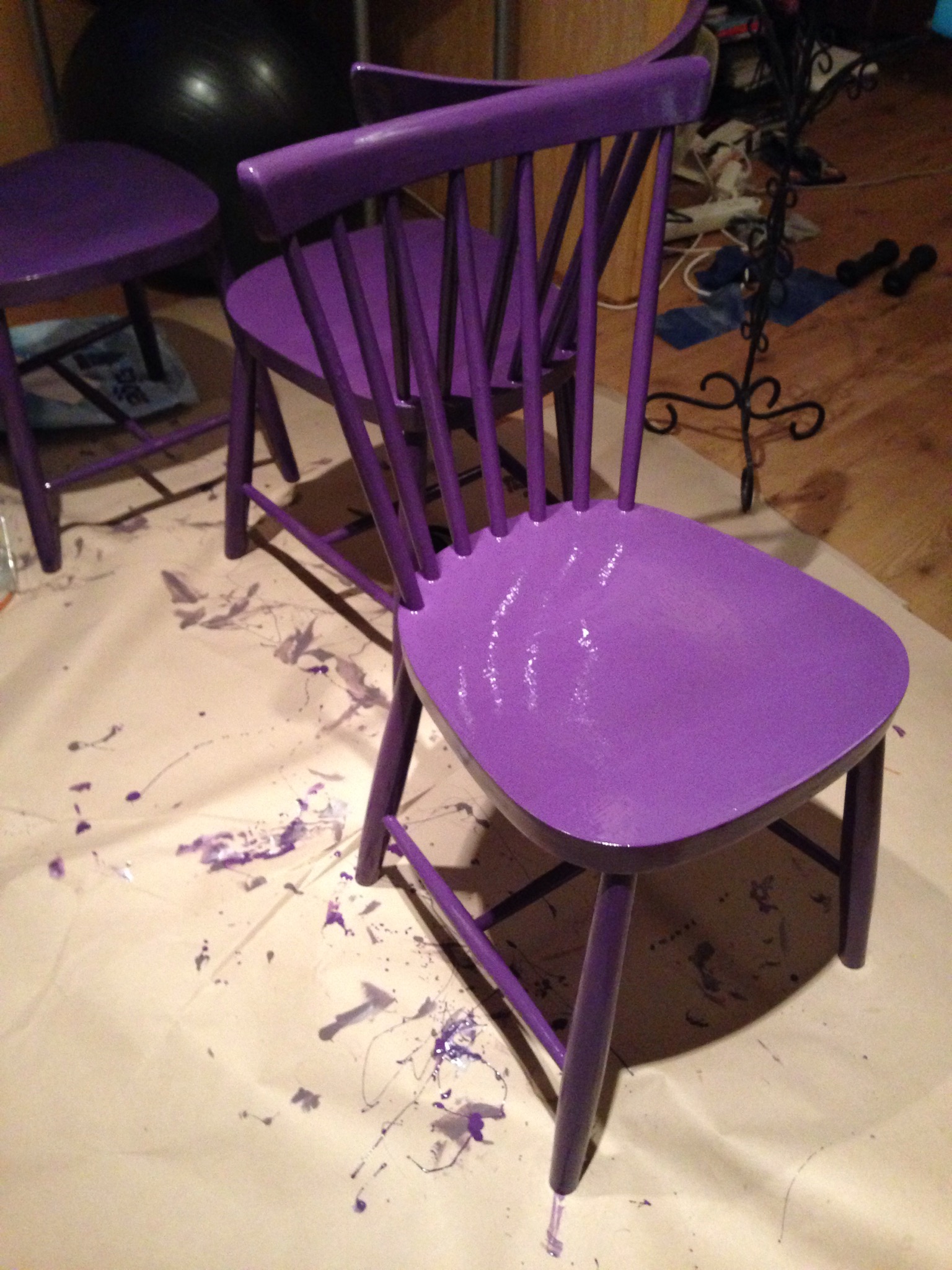 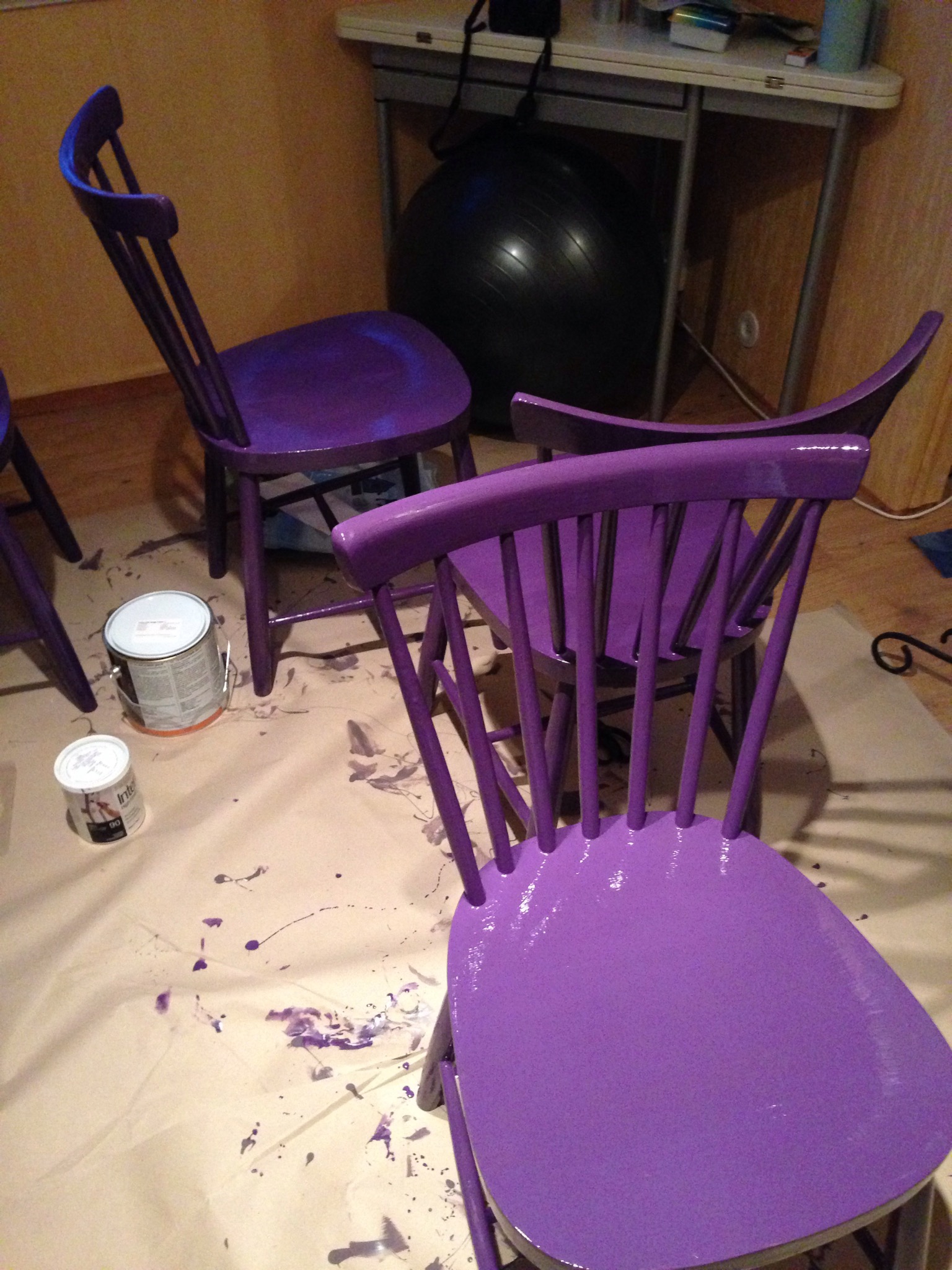