All across the spring semester, I was testing Oslo for the perfect cinnamon bun. Whenever I would spot one in a display case, that was what I would order. And almost inevitably be let down. Either the buns were too dry, too little filling… or just plain wrong.

What can I say, cinnamon buns are almost sacred to a girl from the western coast of Norway.

So, when the weather changed from summer to autumn, it was time to get baking.

Since I have a lot of apples on my hands, I found yet another recipe I had book-marked and went to work.

I opted for a modification, since I have a lot of apples, and made The Pioneer Woman’s Caramel apple sweet rolls. 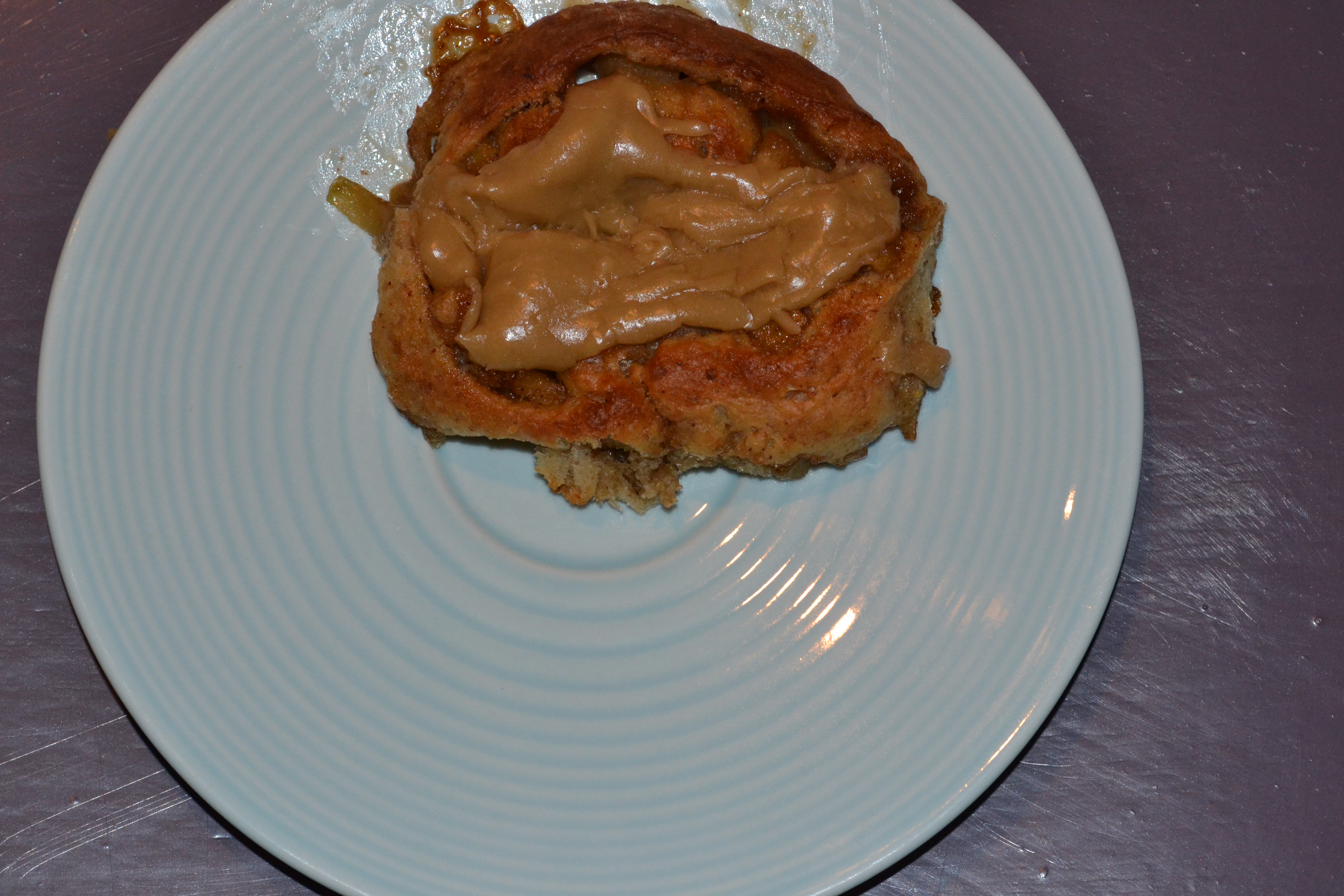 I replaced a fourth of the flour with a slightly less refined option, and replaced the sugar in the dough with Steviosa (a sugar-like Stevia product.) Since the rest of the recipe is filled with brown sugar, I’m not sure there was much effect going on with the latter replacement, but every little bit helps? *shrug*

It will not be completely wrong to say that these were devoured. The caramel in the filling and the icing was delicious, albeit maybe a touch too sweet. If I make it again, I would use less powdered sugar in the icing. (I used the four cups listed, and could well have done with 2, to have the icing more runny.)