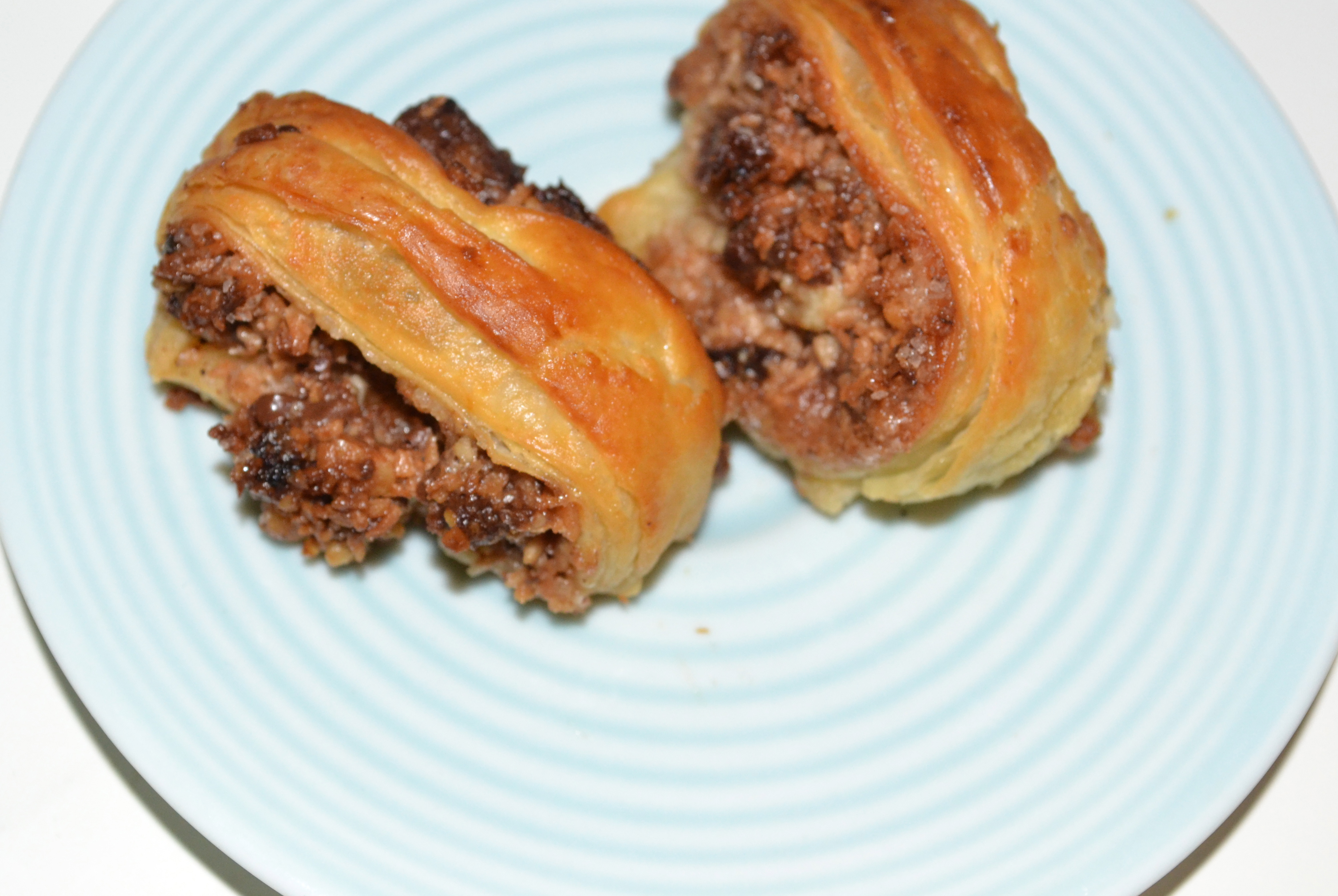 These rather reminded me of Baklava in consistency. And my sister also commented that she has had something similar Middle Eastern desserts.

The end result worked rather well for me. However, I fell victim several times to skimming the recipe and going by what I thought the procedure was, from other similar recipes.

I think my dough ended up thicker because of it, but as it was still very flaky when baked, I can live with that.

I brought it to work the next day and served up the remainder, and all of my colleagues said they loved it – with a couple asking for the recipe.

I would have loved for there to have been a picture involved in the cookbook.