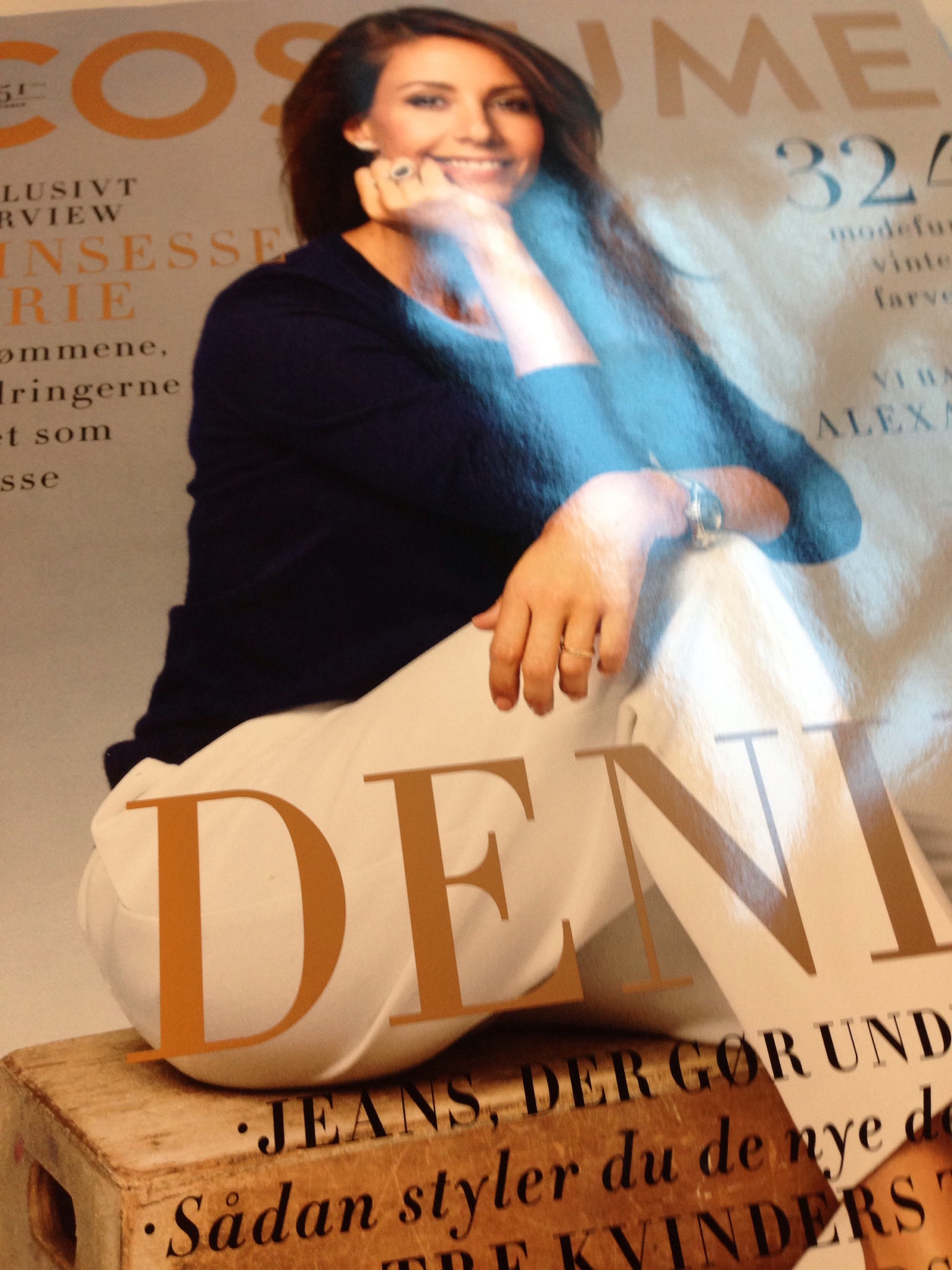 Princess Marie was interviewed in the Danish magazine Costume for the November issue. I bought the issue when I was in Denmark last week, and below are some translated out-takes of what she said.

In general, it is a nice enough interview, but as it is in a fashion magazine, it does not get too deep, or ask too many critical questions.

I was already well into my career, and did not at all think of a husband or children, but he was, and is, amazing. He has that Danish way of being – very discreet and a bit humble. It is charming, but he also has a bit of the French culture in himself, so we could speak perfect French together when we met.

Her first meeting with Denmark

One of the big differences I noticed was that everybody biked around with their children. It was nice, and not something I had seen before – at least not in France. I could also notice at the same time that here they appreciated a good balance between work life and family life. It is a strength, and I think it makes Denmark something quite special.”

(The journalist goes on to describe that both Joachim and Marie bring their children around with them on the special Christiania bikes.)

On her own step children

They are the most amazing boys and great role models for Prince Henrik and Princess Athena.

I don’t mind telling you, that I have been exceptionally lucky with my bonus children.

I agree with his philosophy [Prince Joachim’s], but I am a bit softer. My husband is the stern one, I give in quickly. I am terrible. But when it comes to them managing on their own, I am firm. Because my children are going to do things themselves. They are going to use their own resources, they are going to have to think more and not get their parents to do this and that. They are going to learn to be independent. It is quite important in today’s world. Sometimes when they ask me about something, I say: “Try to think about it a bit more, don’t ask me straight away.” Then they use their minds, and it is adorable to watch. They can do it.”

I wasn’t ready for the attention, and I didn’t want it back then. You never quite get used to the attention, but I feel like I have got to know Denmark and the Danes, and it is an amazing country to be in when you are a public person, because people give you space. I am respected and I never feel disturbed.

Love conquers all, but I do miss my anonymity and walking around without make-up and having messy hair. I don’t do that a lot any more. But I am quite relaxed, although not quite as much as I was before. So I do miss the freedom, I do, but I have that whenever I am in France, New York or somewhere else abroad where people don’t recognise me. I am still the same Marie as I used to be.

There is a lot of backstage work. The way we work is much more than merely cutting ribbons. I am very engaged in my protectorates and in causes where people have dedicated their lives to make a difference for others. As I have travelled with Dan Church Aid, which have as their focus to fight hunger in the world, it is amazing to meet local people who risk their lives every day for the cause. It has a huge influence on my everyday life. I see life differently.

You really get engaged and influenced, but at the same time inspired by the people who you meet in the work [on the work with the Aids-foundation]

My grandmother. She is the most amazing woman in the world, my best friend and my role model. She is so strong and positive. She is such a good human being. Even though my grandmother has had her share of bad experiences, she has never given up. I am inspired by that.

13 quick questions for Marie from Costume 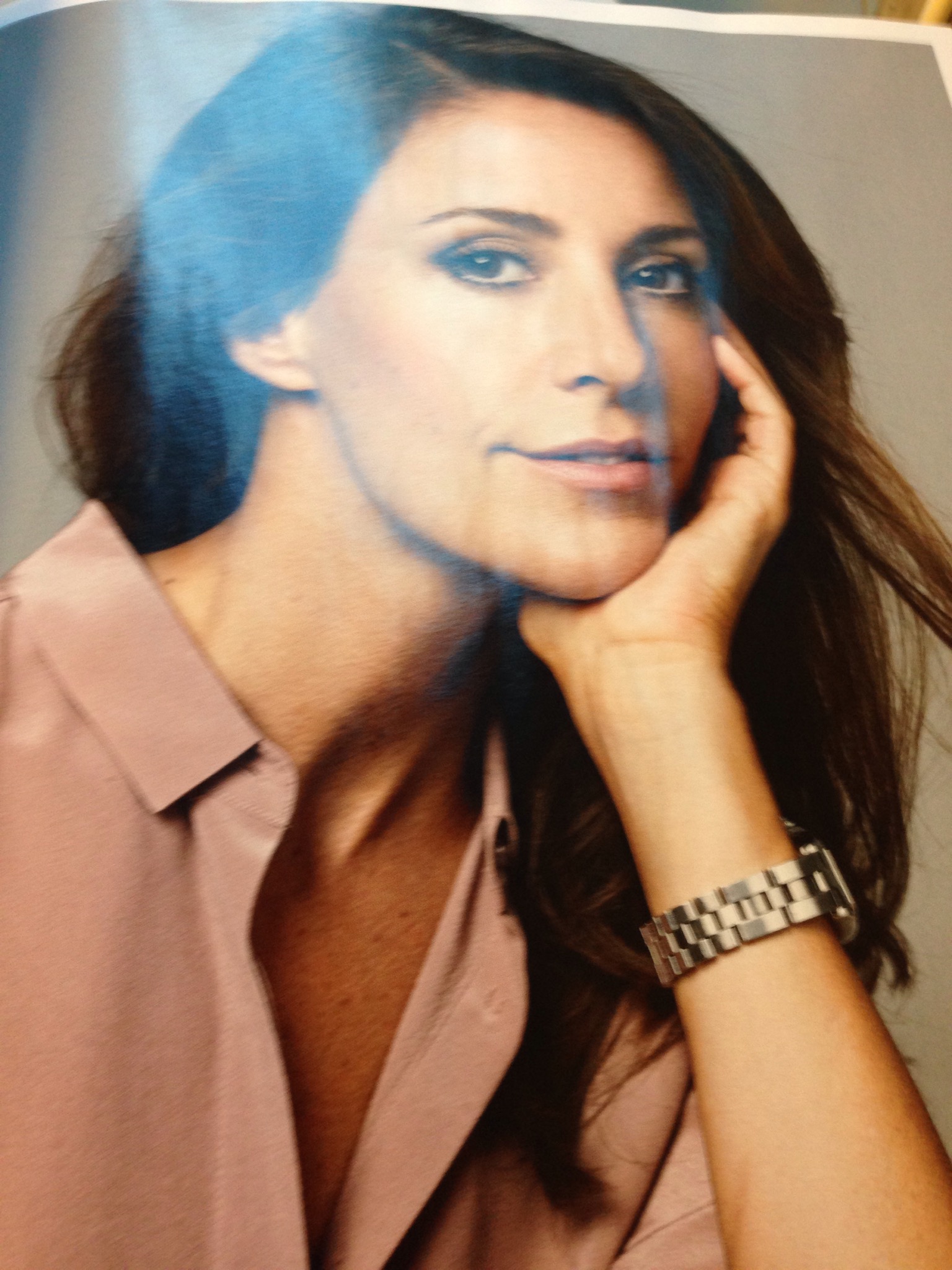