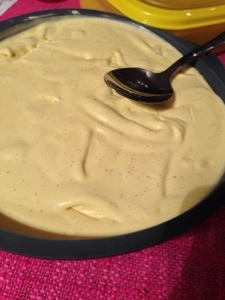 It was the perfect food-end to 2013. Simple, great taste.

The recipe is David Lebovitz’. It can be found here.

The two changes I made was: